The first time I saw KennyHoopla (government name Kenneth La’ron) it was like looking into a mirror that was also a time machine. I had stumbled across the video for his rollicking single “How Will I Rest in Peace If I’m Buried by a Highway?”, and the total recall was almost immediate. Everything from his buzzcut to his tattered baggy jeans and checkered Vans was astutely and aesthetically authentic to the mall parking lots and back alleys I used to hang around in the late 90s. I was genuinely taken aback. Here was this kid who was somehow both recalling an extremely specific past– my extremely specific past– but yet in a way I had never seen before.

KennyHoopla was born in Cleveland in 1997 but here he was effortlessly channeling all the rock music of that malleable time when punk had gone mainstream but was still so full of promise. When you could sell millions of records without “selling out.” When emo was transitioning from midwestern geeks singing songs about their girlfriends to a global genre that would commercialize teen angst and repackage it to an entire generation. I wasn’t quite sure who this Kenny character was but one thing was for certain: I had to know more.

What I found was some of the most energetic, well-thought-out, pop rock music I’d heard in years, meticulously constructed to evoke both a visceral sense of nostalgia and a feeling that these songs could only have been written right now, in this very moment. The hooks are almost scientific in the way they recall the pop punk of yore, but the content, so far from the sunny California/Florida scenery usually inspired by the genre, deals with themes of alienation, mental health, identity, community. If you your- self grew up listening to the bands Kenny pulls inspiration from – you were listening to say Blink-182, Fall Out Boy, The Killers, Green Day, Paramore, Sum41, et al. It might feel like a natural progression but it’s one that took a 23-year-old Black kid from Cleveland to make.

Basically, the way KennyHoopla approaches his music is nothing short of a punk rock evolutionary leap. When I finally do talk to him over Zoom a few months later, he’s about to drop Survivor’s Guilt: The Mixtape, a nine- track mini-album that is essentially his first official foray into the world. It’s a joint collaboration with Travis Barker—yes, that Travis Barker–which is the kind of destiny fulfillment most artists can only achieve in their wildest dreams even though clout is the last thing on Kenny’s mind.

“You know, I didn’t really grow up in a scene at all,” he explains, his words punctuated by little barks from his puppy, Sparky. “I never even went to concerts until I was 16 or 17. When I did start going to shows, I was going to hip hop shows and punk shows at the same time. I was kind of in touch with both but I never really felt like I was in a scene. I’ve just been being Kenny I guess.”

Throughout our conversation it’s apparent that “being Kenny” is of the utmost importance to Kenny. He’s constantly apologizing for seeming too sincere, for sounding “corny” or “cliché.” But really, in so many ways, sincerity is what Kenny strives for and it’s arguably the most important aspect of what he’s doing musically. When I ask him about the decision to release such uncompromising pop-punk he tells me,

I feel like what a lot of people do is try to reach for nostalgia, but what I’m trying to do is just move things forward, or at least continue things. If I can’t move it forward, I can at least add to the conversation. I know that a part of what I am just going to have to accept is that people are going to see what I am doing and look back into the past. All I can hope for is that people can see the present part of it too, that I am trying to do something in the now.

He stops for a second. “I hope that made sense!” he says with a sheepish chuckle.

By his own admission, he “talks in scribbles.”

Everything he says sounds like you’re sitting on a curb on the hottest day of summer, sharing a blunt with a six pack, and randomly talking about any and every subject that crosses your mind. His ideas collide in start/stop fragments and run-on sentences, but it’s not that he’s scatterbrained. He’s just hyper-aware of the way he wants his music to be perceived, and every step he takes is meticulously planned out, even if it might seem carefree and off-the-cuff.

When I sit back and I make music, a lot of the time I think about quitting because I’m like, how am I possibly going to make a difference when so many songs have been written? We’ve heard the sad song before, we’ve heard the happy song before. It kind of annoys me, why am I even making music? I have a lot of songs that I can live with already, you know what I mean? How am I possibly going to make another “Mr. Brightside” [by the Killers] or another [Fall Out Boy] “Sugar, We’re Goin Down”? Like, it’s been done. It’s just like, ‘fuck.’

How does one write the most important rock song of their generation? As Kenny says hasn’t everything been done before? And better? The answer gets to the crux of why Kenny chose punk rock as a way to express his deepest emotions to the world.

I feel like people think that pushing music forward is having no genre, but I see a beauty in genre, and I think that a lot of people are hiding from genre behind genre-bending, which I’m sure could be controversial, but that’s a lot of what I feel like. A lot of people are trying to have the aesthetic, and you can’t judge other people for what they do, but a lot of it seems like they’re just sampling influences or trying to be this thing that they’re not. How about you actually just try and honor the full essence of this genre that you’re trying to take aesthetics from?

Survivor’s Guilt strives to come from this place of purity. Every single riff and hook pays direct homage to some of the genre’s greatest. The presence of Travis Barker’s legendary musicianship is truly the ace up Kenny’s sleeve— you cannot get more authentically pop punk than Travis’ thunderous drum- ming, pounding decades of talent and expertise into each track.

“When we met, it was like second nature,” says Kenny, and you can tell he’s stopping himself from gushing.

Hearing the way Travis talks through his drums and shit and just the person he is, I’m like, ‘he understands.’ We made this record ESTELLA// in literally two hours. We just go crazy. It’s just this unspoken thing, this certain language of the heart that you hear in each other’s music and you see in each other’s eyes: ‘yeah the world was also rough to me, I’ve fucked up too.’ There’s not a lot to say, you just put it into the music. I’m super fucking grateful to be working with Travis. I still can’t even believe it.

It’s the perfect pairing, the young upstart and the seasoned professional years apart but somehow riding the same wave. “Smoke Break”, another track off of Survivor’s Guilt, feels absolutely massive, the kind of atomic guitar riff that is meant to be played in stadiums, in front of thousands of crowd-surfing teens. Perfect since Kenny’s first tour will be a support slot with Machine Gun Kelly later this year.

We made Survivor’s Guilt in 18 days, and it’s hard because you’re trying to make something good that’s worth listening to, but then you have so much anticipation around you. From like my viewpoint, it seems like everyone’s like: ‘drop new music!’ 24/7 and I’m just like I’m trying to make something that will last forever. I told Travis I wanted to keep the project raw, I didn’t want it to sound crazy hi def. I think the culture needs something real and raw. I want people to hear my amateurness, I think that’s inspiring—I can hear it in a lot of my favorite bands. Even in a lot of Blink’s stuff, when it’s not this super elaborate writing, and it’s just people singing how they feel. I hope that’s what comes across.

Spoiler alert: it does.

Survivor’s Guilt is the sound of an artist coming into their own for the whole world to see. Looking back in my time machine mirror, I see someone I used to be but reflected in a world that’s ready for it. Ready for all of their ideas; ready to treat them seriously, and not as outcasts.

“For so long, I watched the culture from afar, and I’d feel waves, like, ‘OK a new wave is coming,’ says Kenny, describing the push it took him to put out Survivor’s Guilt. “And there were times where I’d be like, ‘OK this one, now this has to be my turn. I might be able to insert myself right here.’ But then time would pass, or a way bigger artist would start doing something similar and I’d be like, fuck now I have to be in the background again. It’s just interest- ing that I’m at this point in my life, and now everything’s happening.” He takes a big breath.

“Like wow, this is how it all works out, huh?” @kennyhoopla 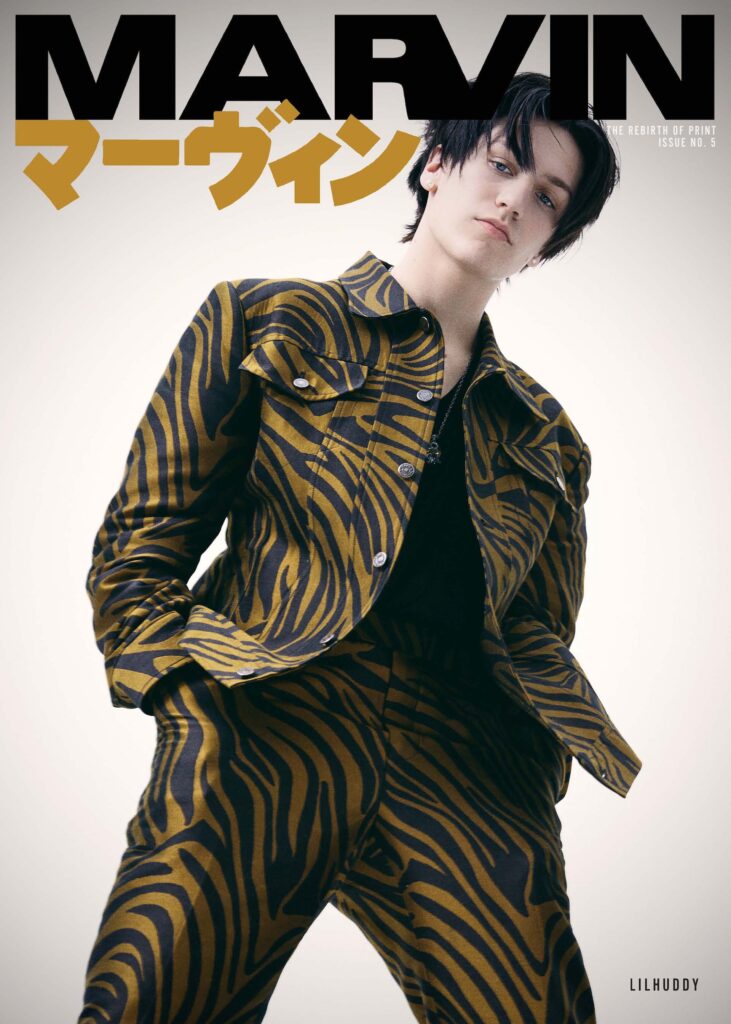 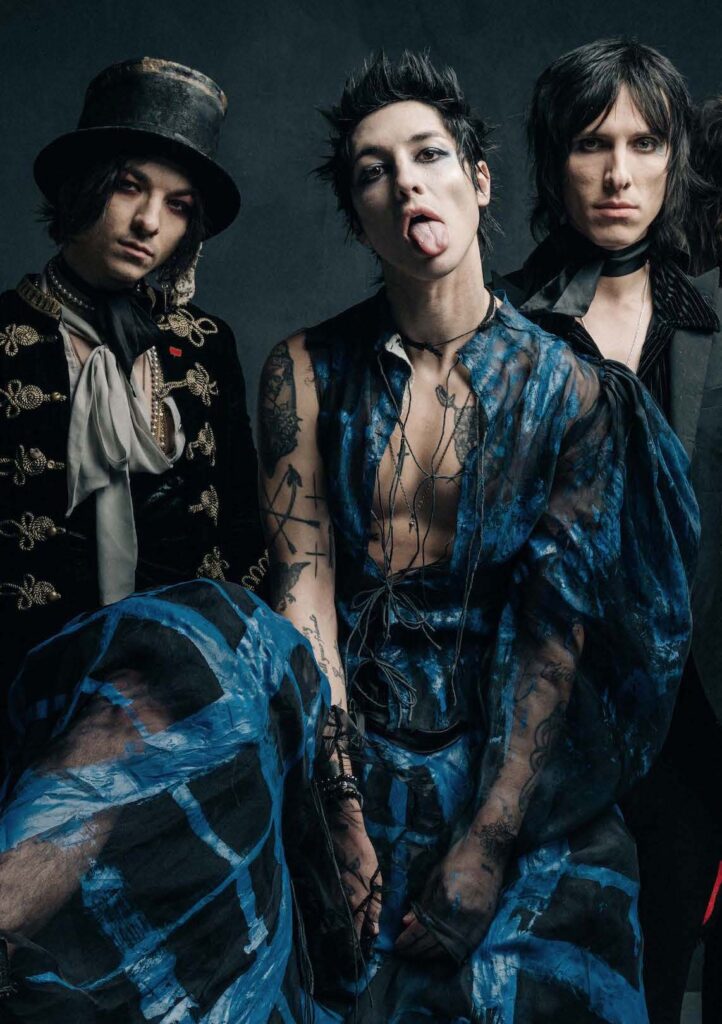 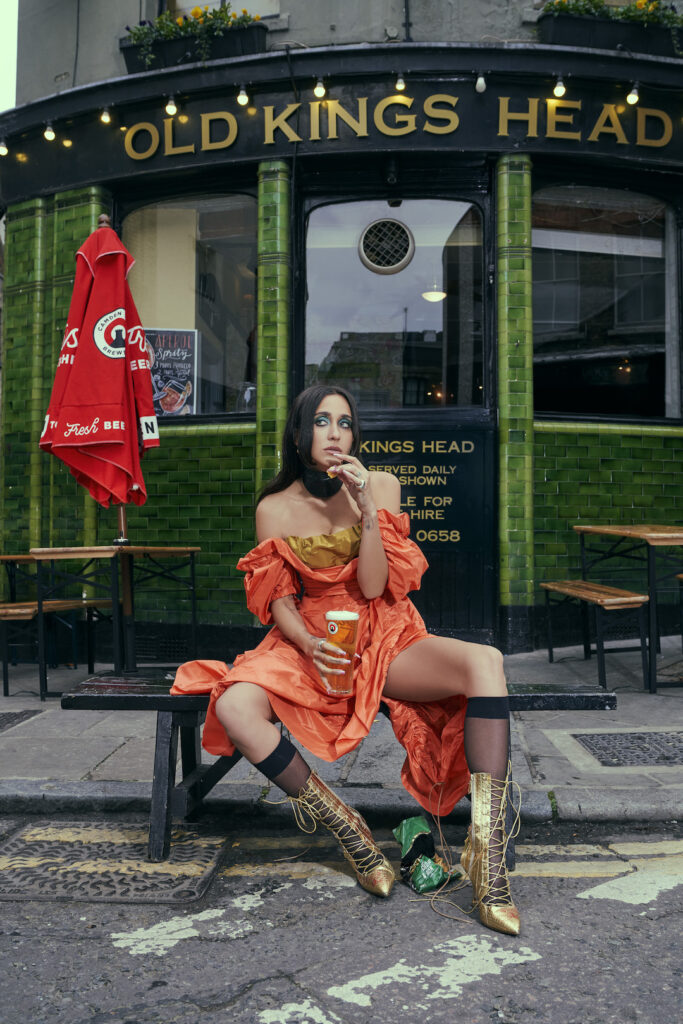 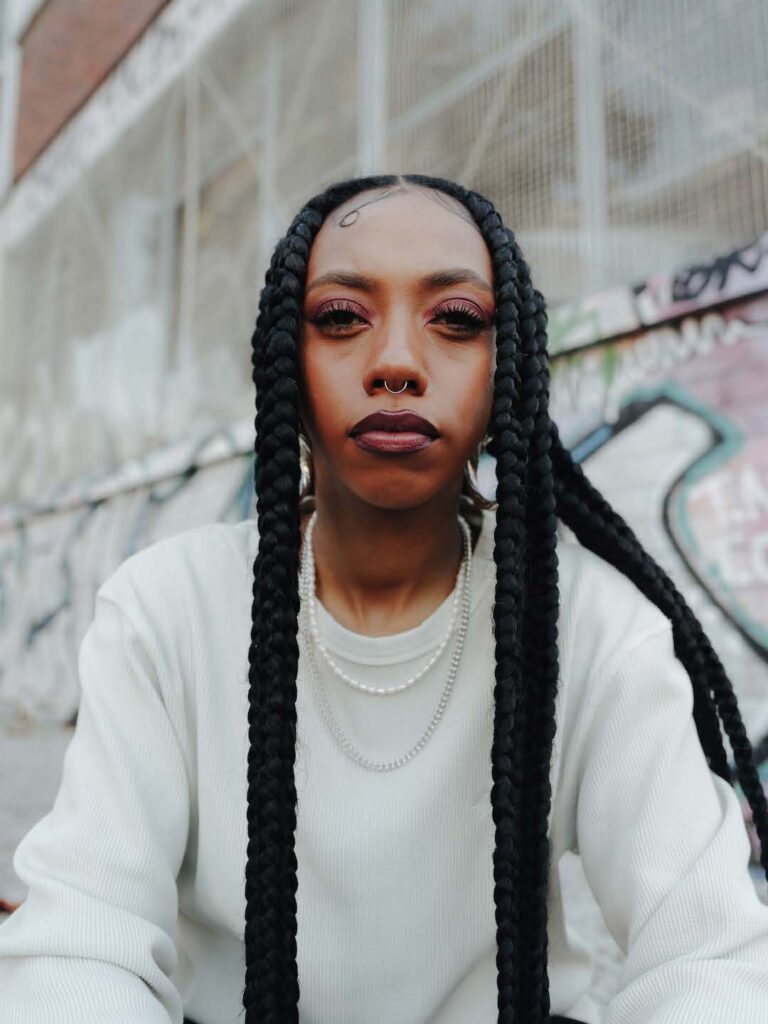 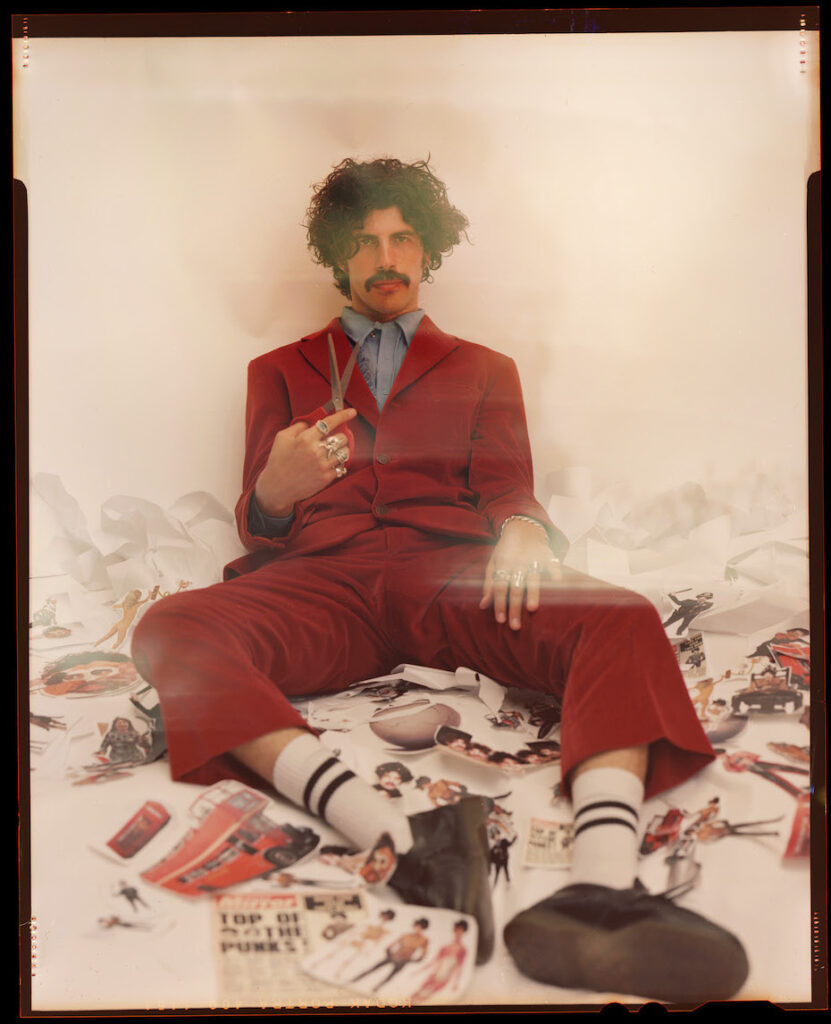 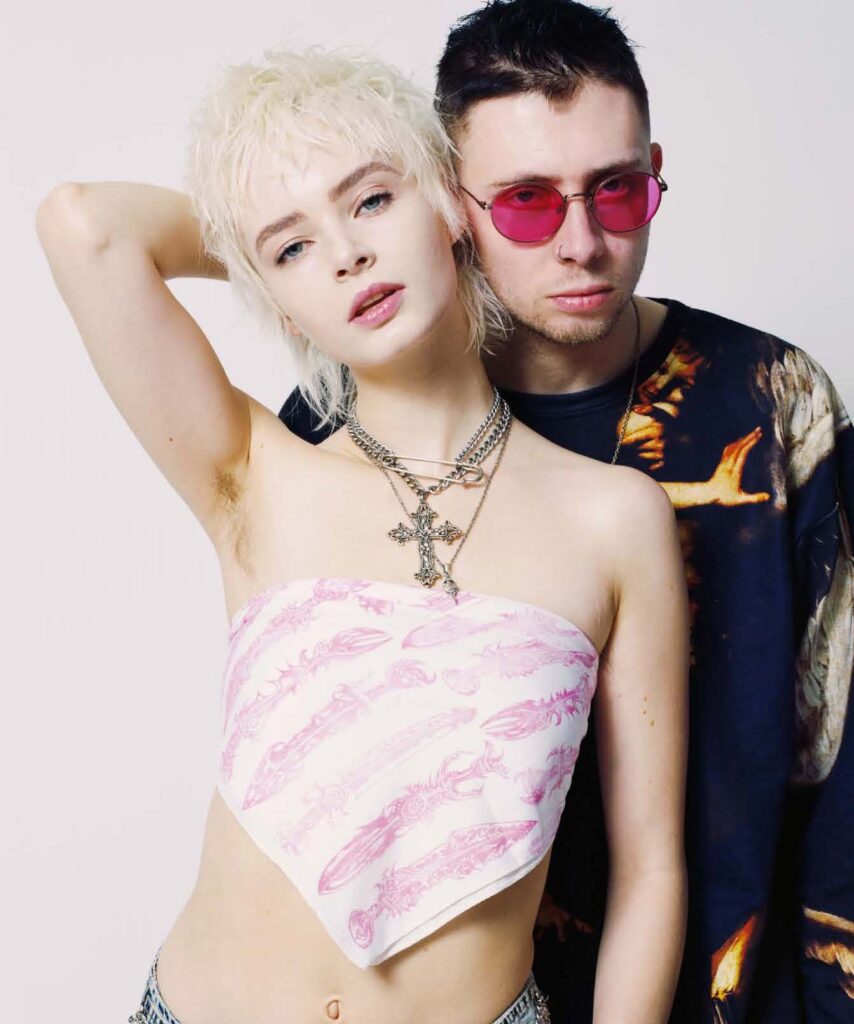 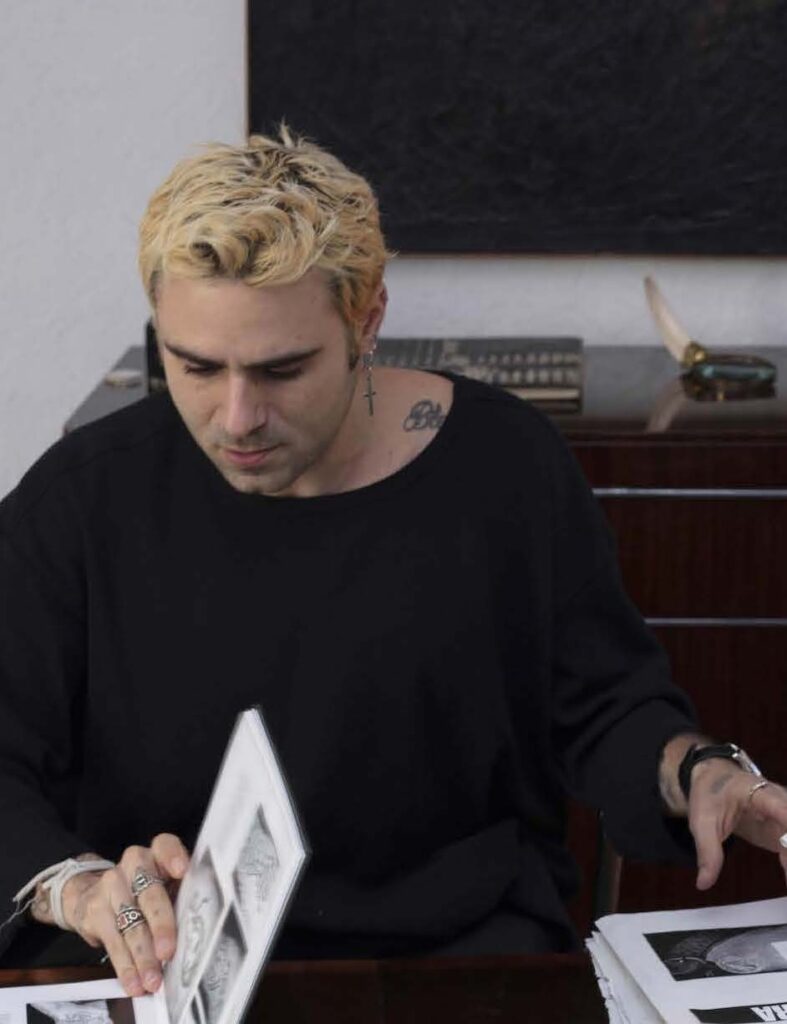 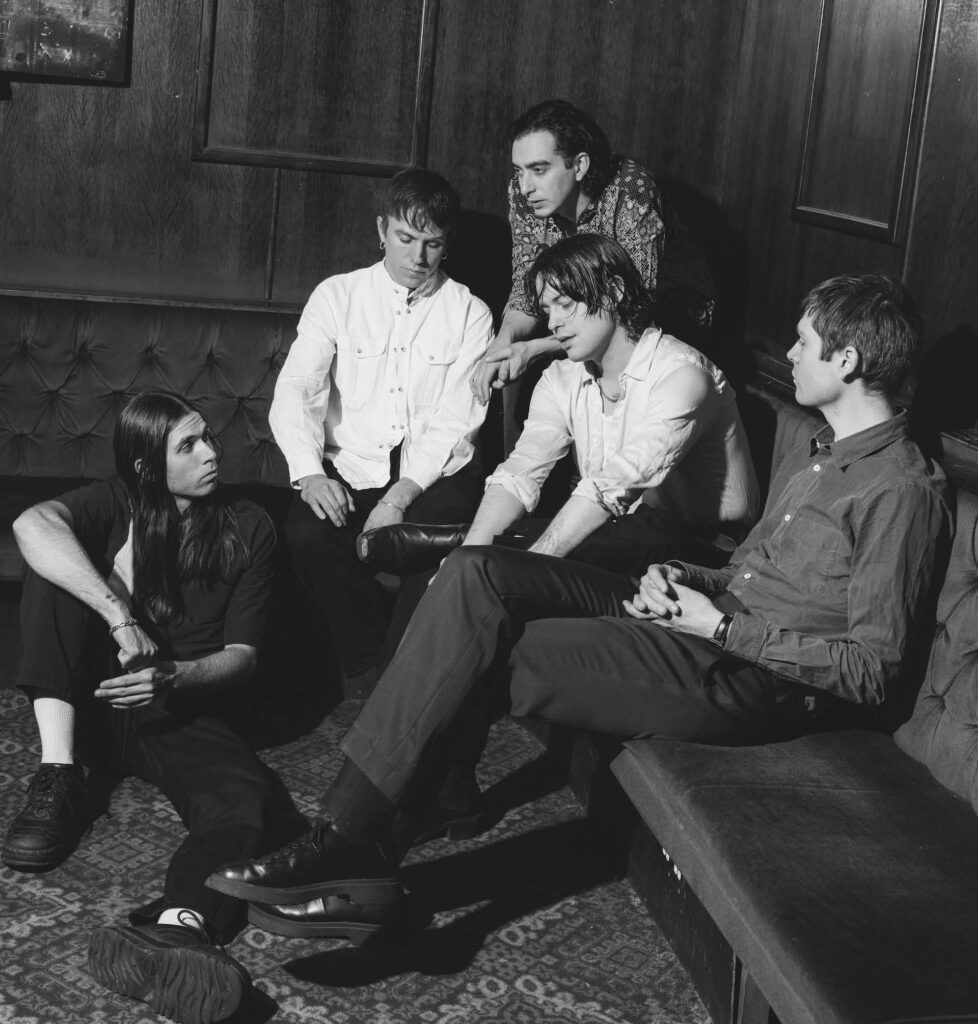 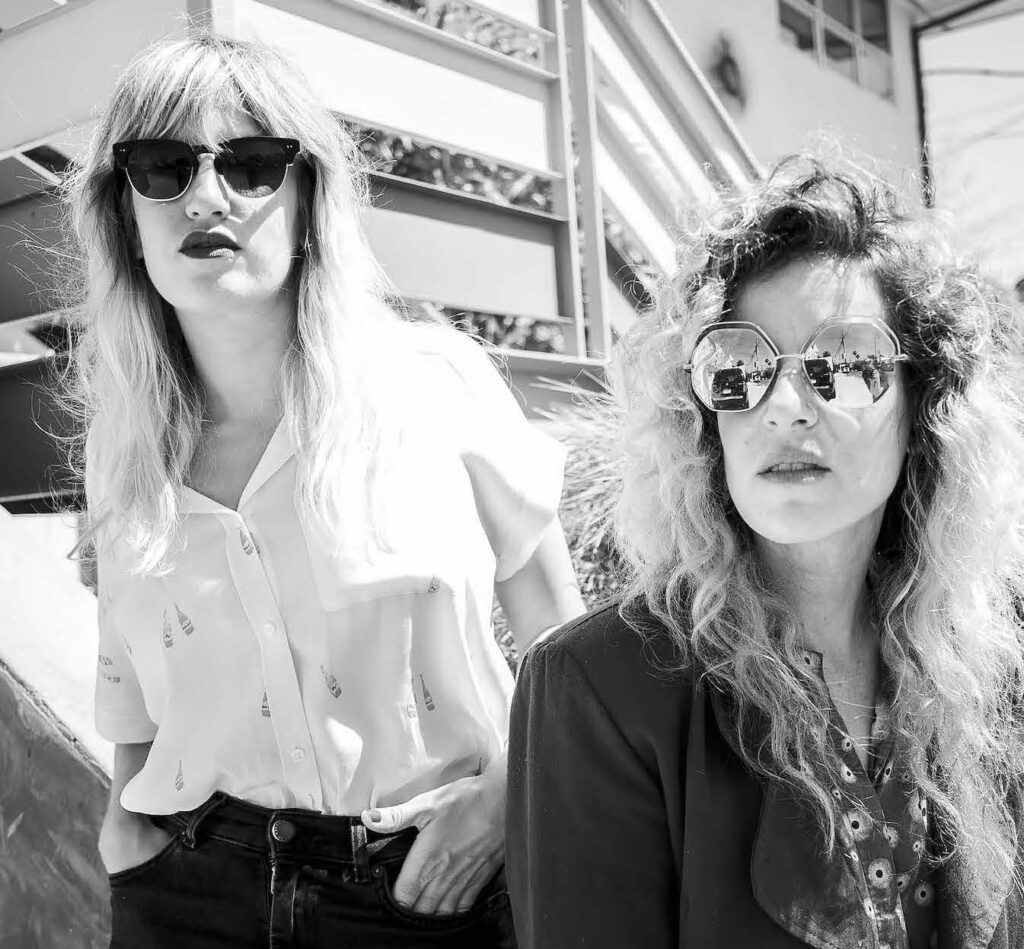 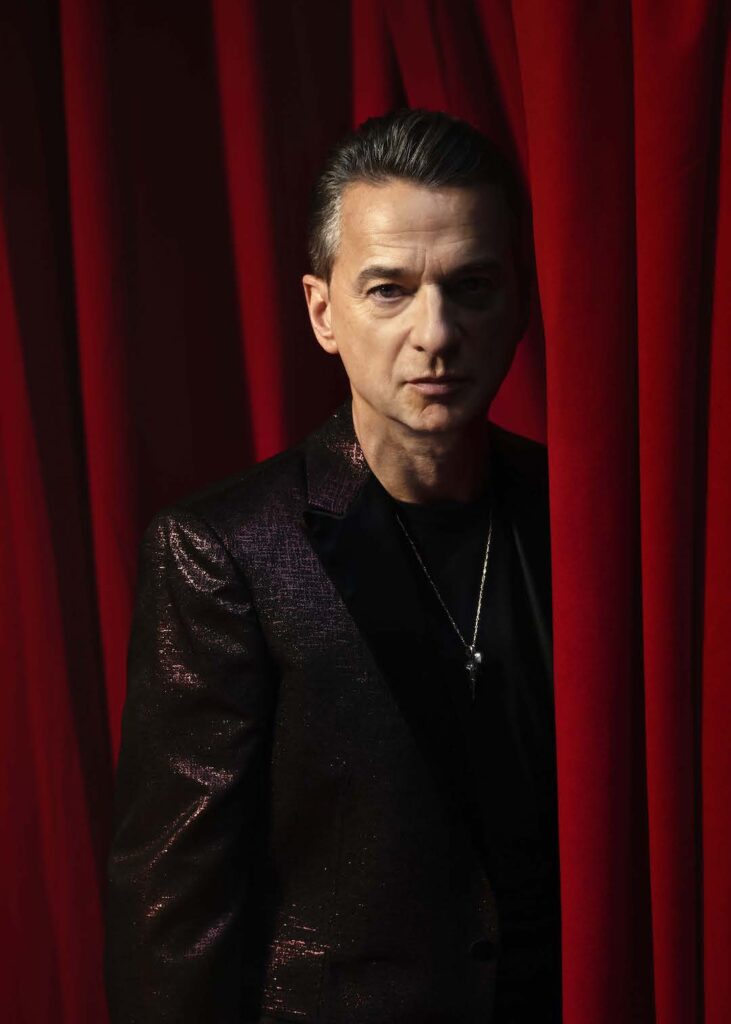 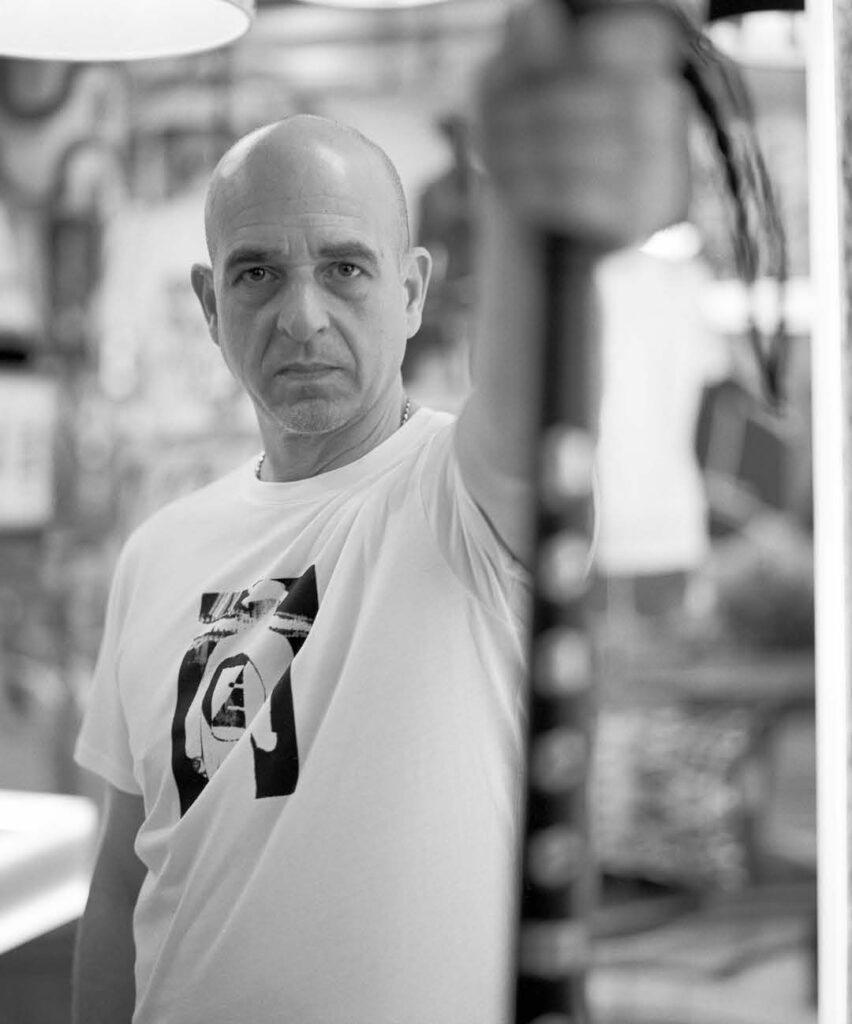 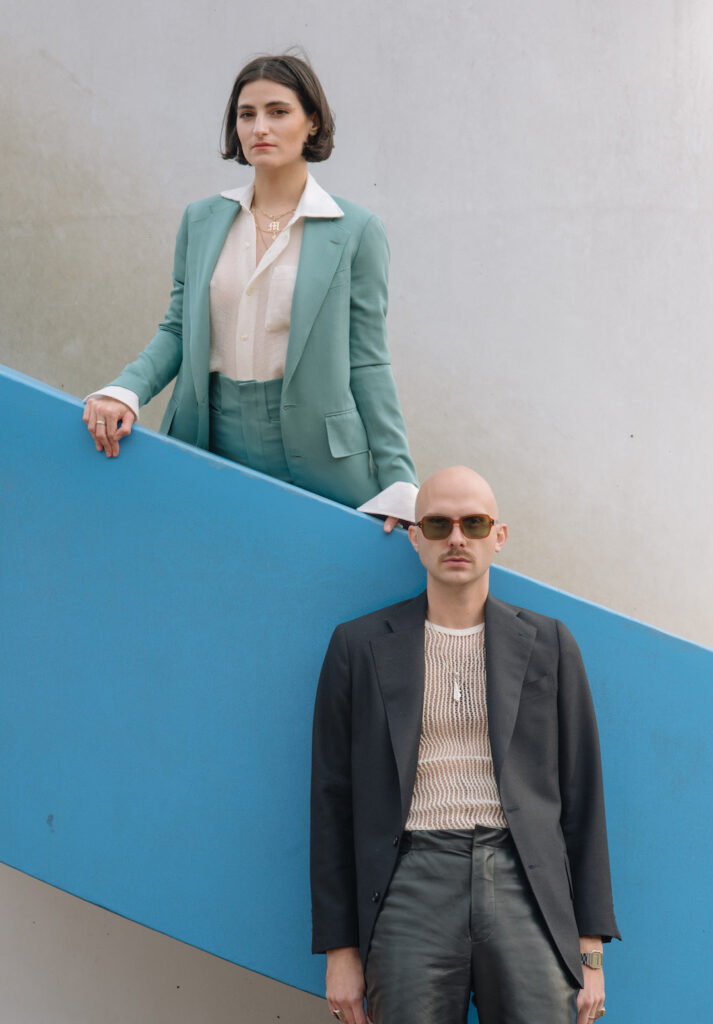 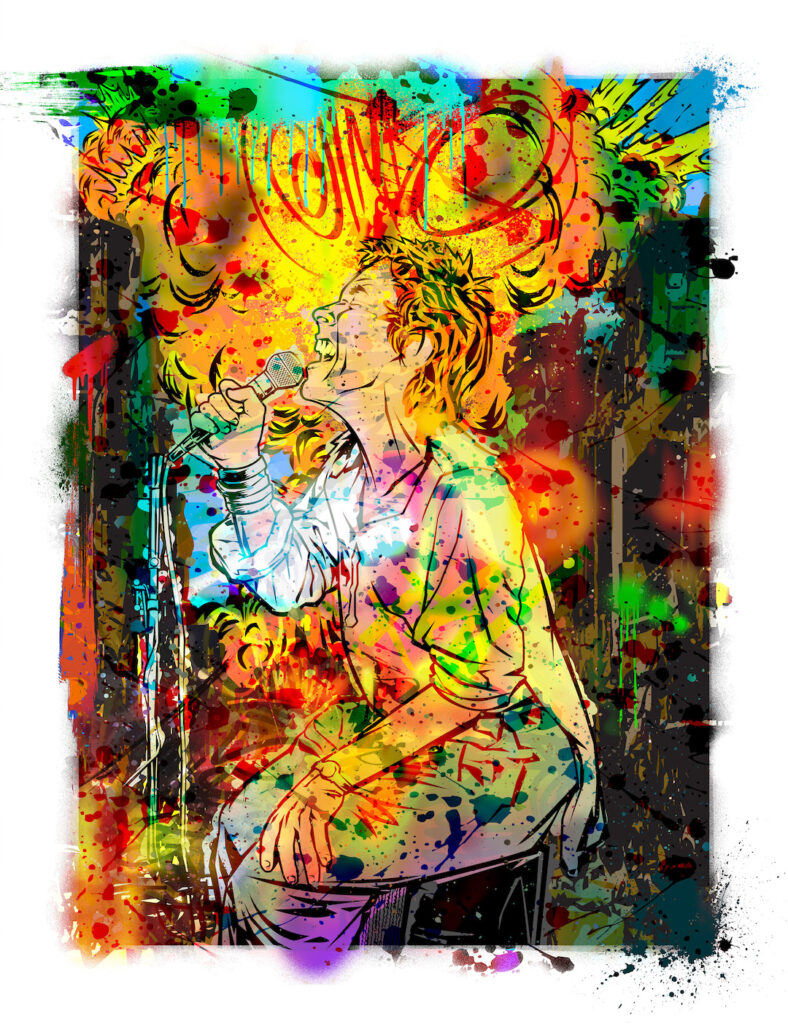 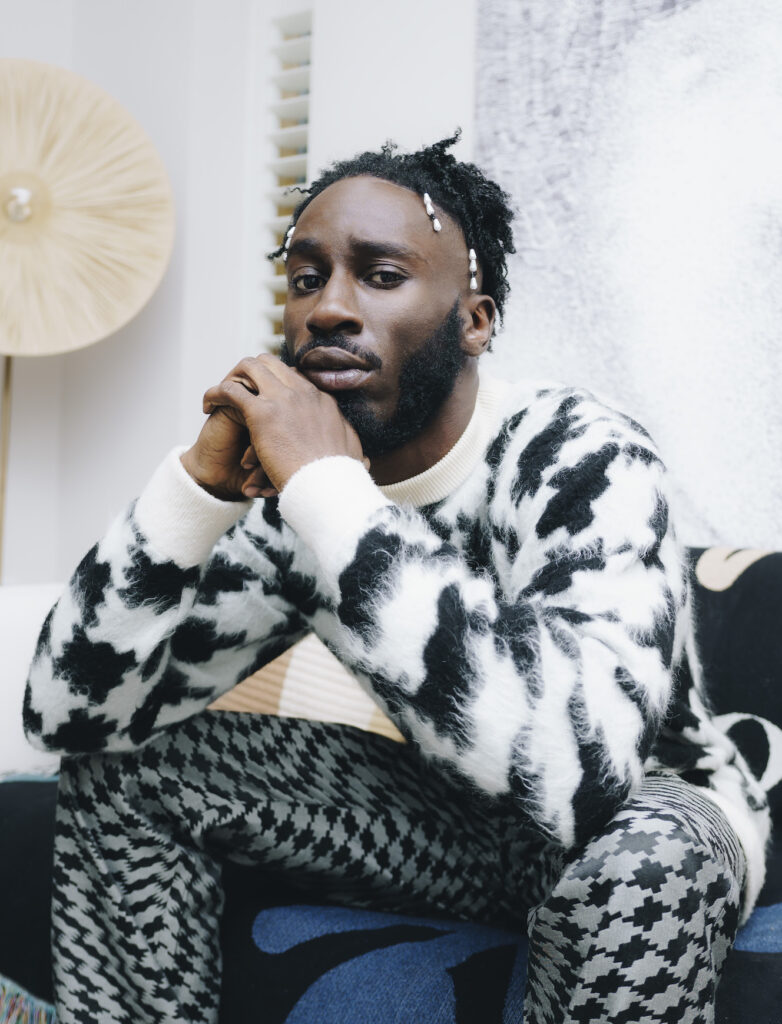 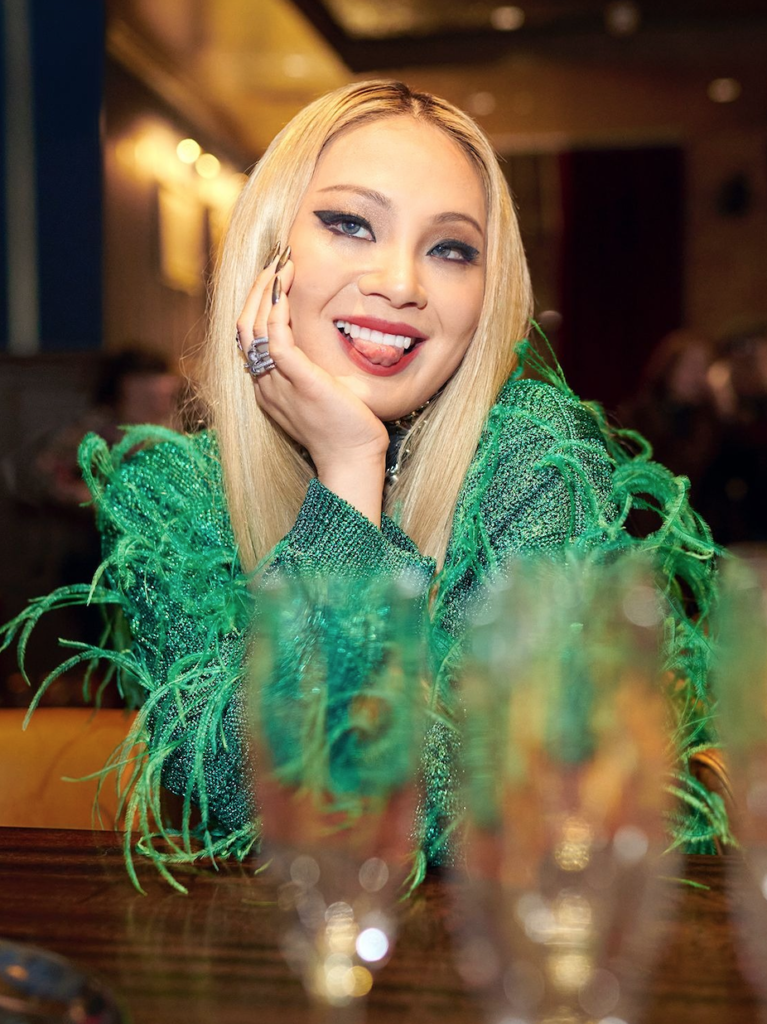