No band calls themselves LIFE if they’ve had easy ones. One listen to the lyrics by these post-punks from England’s northern town of Hull and you’ll know. “We’re buried in the county’s arsehole but we have a DIY spirit that’s been born out of necessity,” explains voluble frontman Mez Sanders-Green. “Hull is Yorkshire’s finest jewel, often overlooked on a national scale as the unwanted runt of the county, sucker-punched by generational poverty, isolation and social vulnerabilities.

People from Hull have always been straight talkers — in 1642 they told King Charles I to fuck off during the Siege of Hull (which he did) — and they’ll always tell you exactly what they’re thinking. You heard no punches pulled on their blistering debut album from 2017 , Popular Music. Nor did they back away from stark but glorious passages in their second record from 2019 , A Picture of Good Health.

LIFE is Mez, his brother Mick on guitar, bassist Lydia Palmeira and Stewart Baxter on drums. They grab society by the collar and force it to look at itself in the mirror. “It’s never been intentional to be bold or straight to the point,” Mez explains.

We write about our experiences in that exact moment. Our sophomore album was steeped in personal politics; isolation; single parenthood, proken homes and the fear of love and our debut had community and consumer politics at its core due to the youth work a lot of us were doing. Those were the experiences at the time so that’s what we wrote about and this can definitely be seen and heard in the lyrics myself and my brother Mick wrote. We’re 100% straight talking because the community is supportive and proudly independent. Hull has a sense of creative togetherness that underpins the city’s soul; community runs through our DNA and this is why, despite the geographical and economic difficulties, we are still a city rich and awash with creativity and pride.

I’m reminded of something Bobby Gillespie told this magazine in our last issue about how though the 80s may have been awful, there was at least enough money for working musicians to live on the dole. Not anymore. “Bobby is correct,” agrees Mez, who has experience as a youth worker, along with his drummer Stewart. They’ve witnessed some of the more impoverished sections of the UK seeing firsthand the impact of austerity policies on young people over this past decade.

It’s a travesty. There are no provisions or services for young people. This government has washed their hands of responsibility. The Tories are scared of young people because young people are a vital, imaginative and powerful resource. Young people are the future and the Tories don’t like a future that puts the Tory government six feet under. We rightly talk about the wonderful resilience young people have but I want to see resistance. That is when things will change. I’m not ashamed to say I’ve had to rely on food parcels during the lockdown periods to keep me and the boy above water. Where was the support for the artists and those who work within the grassroots of the creative industry? It was nowhere.

While he holds his cards pretty close to his chest, their third album is expected out by the end of this year as the lockdown provided them the luxury of wide open hours to create.

We wrote the tracks with time on our side. There was an abundance of time due to the pandemic, which meant we were precise and in tune with the feel and themes on the album. We had to explore creativity and work differently but that gave us focus. It meant we could depict the lyrical narrative in fine detail. The lyrics were written prior to the music, during the bands extensive touring schedule throughout 2019 and up to March 2020. Then we all got separated in America and scrambled home on the last flights to leave JFK.

But can’t too much time run you the risk of writer’s block? There’s the overthink- ing, creeping self-doubt, the worries about rising to the success of your previous work. Mez doesn’t think so. “Not a chance. It’s the best and most beautiful body of work we’ve done. I’m beyond excited. I adore the album. The band adores the album.”

Post-punk activist bands rarely crave glitzy, mainstream success, so what are their Life goals? “All I want is to keep a smile on my little boy’s face,” says Mez. “I want him to be proud of me like I am of him. I want to be in love and to know that the decisions I’ve made were correct and that everything I’ve put into this band will bear the fruit that the other members deserve. That’s how I measure success. I’d like to have a couple of blocks of cheese in the fridge too.” 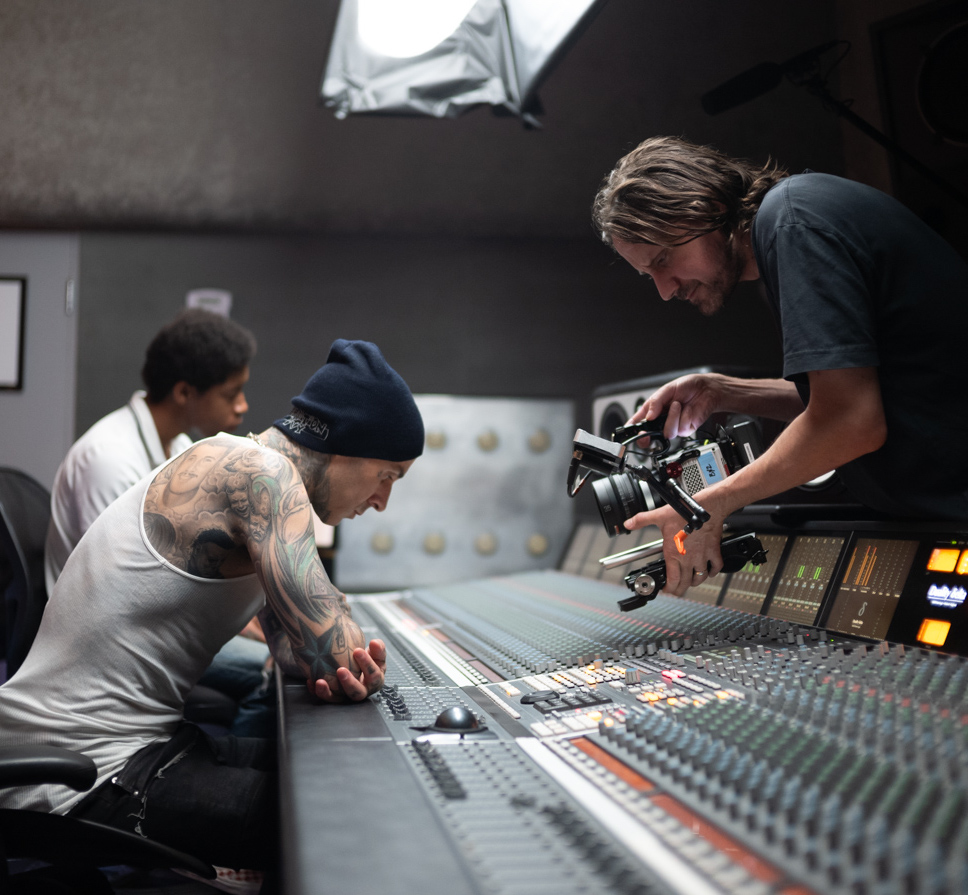