Jimmy Page and his guitar once traipsed from door to door auditioning for session work here. The Rolling Stones recorded “Not Fade Away” at Regent Sound, #4 Denmark Street. Johnny Rotten’s cartoons can still be seen scrawled on the walls at #6, where The Sex Pistols used to record, party, and even live for a time. Unknowns David Bowie and Elton John haunted the La Giaconda coffee shop, scouring for managerial representation, or at least a songwriting gig.

It all happened on Denmark Street, sacred heart of the London music scene. If the British government were as keen to celebrate the country’s music history as it was its military history, this street would be lined with statues. Four generations of British musicians have shopped, gigged, rehearsed and
recorded here. And while hungry developers threaten to take over prime real estate for new underground lines, a new generation of musicians, and their supporters, promise to keep the legacy alive.

Resting comfortably at the very end of Denmark, Sixty Sixty Sounds bustles with people on an otherwise wet, locked down afternoon in London. Owner Jan Smosarski sits on the counter eating noodles, greeting soaked customers like old friends. Some chat. Some try one of the hundred or so Gibson
guitars that hang from the walls. Some break out into impromptu jam sessions. Most days, it looks less like a shop and more like the underground blues bars that used to fill every basement on the street, decades ago. Of course, the ambiance is by design.

Jan and fellow owner Harry Napier had a vision about Sixty Sixty Sounds from inception. “Right from the beginning we spoke about it not being just a store — we wanted to create a community. Jan had worked on Denmark Street for years and seen the musical family here die a bit,” explains Harry.

“And it had to be Denmark street,” Jan stresses. “It’s London’s hub to this day. People are normally intimidated by guitar stores but if you can make it feel like a family then people drop their guard. They come here for the vibe and the experience, and our attitude is that if it takes them years to finally buy something? That’s great.”

He gestures to the jam session going on. “Sixty Sixty Sounds has introduced artists to record labels, guitarists to bandmates and even boyfriends to girlfriends. “How we measure success is through bringing people together. We have a weekly jam session called The First Waltz — like a blues jam — and those are the evenings when we feel like we’ve achieved something,” says Harry.

Rex Roulette ran the legendary clothes shop, A Child of the Jago, with Joseph Corré [son of Vivienne Westwood and Malcolm McLaren], and now is guitarist gun-for-hire, most recently with Eagles of Death Metal. “I just socialized here at first — it’s such a beautiful and impressive place — but the owners found out I was making custom jewelry and guitar parts for the likes of Gorillaz, ZZ Top and Alice Cooper, so we ended up setting up a label, Custom 60, to sell from here. We both like things that are made uniquely, things that are made correctly. There’s a scene that’s finding its feet here. I see the same faces from around town — kids who are interested in blues-rock again after many years — but this place has been the connector.”

“Jason Momoa buys a vintage guitar every time he finishes a movie. Noel Gallagher always pops by when he’s on the street.”

Mike, like everyone else who works in the store, has his own band, but he seems to get just as big a thrill from working with customers. “You get such a mix of people coming in. Kirk Hammett from Metallica has been by. Jason Momoa buys a vintage guitar every time he finishes a movie.” (Aquaman is a guitarist, and apparently, he’s good!) Steve Coogan and Jack White are also notable browsers. Noel Gallagher always pops by when he’s on the street. “But the best feeling working here is selling people their first guitar, I see that excitement on a kid’s face and it takes me back to being 12 years old. A kid from Greece came in and he’d only seen guitars like this on TV, and his face lit up. I asked him if he wanted to play something and he went for the cheapest Epiphone and he played it. Then, I gave him a £10,000, custom guitar to play and he was blown away. He said we’d made his holiday.”

Sometime Celine model Tommy Adamson looks too young to be here but he’s already a veteran of hundreds of Sixty Sixty Sounds jams. “My dad’s a massive music fan and told me about Denmark Street when I was growing up — The Stones and Bowie and that stuff — and I love that whole 60s scene. I was genuinely passionate about guitars but in the other shops I didn’t feel I could pick up a guitar and play it you know? I was young and I obviously didn’t have any money. Then this place opened and everyone was super friendly. They let me play an incredibly expensive guitar, so I started coming back and hanging out.”

Sam Simmonds seems to be the de facto big brother to the kids who come in here; “I bought a guitar from Jan which kept breaking so I kept coming back; Jan says I broke it on purpose just so I could hang out. I’d come in and chat while it was being repaired and then we all became friends. And because I knew Gibson guitars, they had me helping out customers when they were busy.”

We watch a couple of newcomers try out the custom Gibsons and Sam says, “We give people something different here: we turn customers into family. You never know what an experience means to someone — take five minutes to let them play an original ’61 Les Paul and they might go on to be the next Clapton — it could all start here.”

“You never know what an experience means to someone — take five minutes to let them play an original ’61 Les Paul and they might go on to be the next Clapton — it could all start here.”

Luke Jaws has taken an hour off from running his The Great Frog jewelry shop on Carnaby Street to come in and play some guitar. He’s like a human jukebox; funk, rock, Motown, soul, doo wop and rockabilly — it all comes flowing out. “Originally I dropped my guitar in to be repaired and just found that there was a nice community going on. I started jamming but usually in guitar shops they don’t want you unless you’re buying so this is really cool. The sound is great and everyone’s having a good time. Sometimes there will be a customer playing in one corner and I’m jamming with one of the staff and when the staff go off to serve someone, you look across and get this nod and then two of you start jamming together.”

As the day winds down, Jan strums idly on a Flying V and tells me a story. “Ages back, this 11 year old kid called Billy Watman came in with his mum, all wide-eyed. We were quiet so I let him play a three-grand 335. He played this jazz version of “Stairway to Heaven” which was just amazing. I asked his mum if we could share it online and Orange Amps put it on their YouTube and it got 100,000 views. Nowadays, he’s a well-
respected classical guitarist and he’s become a friend. And it’s only now, seven years later, that we’re making a guitar for him.”

He looks warmly around the store — the racks of guitars, the groups of kids swapping riffs. “We approach this place like we’re musicians writing a song. We do it for love.” 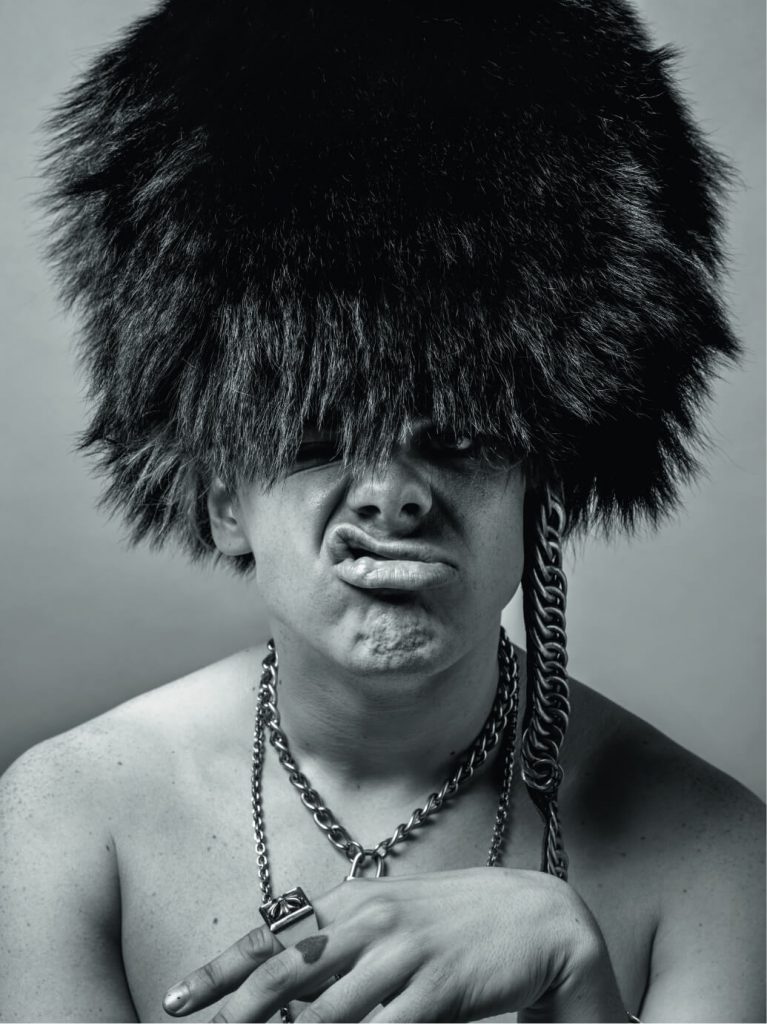 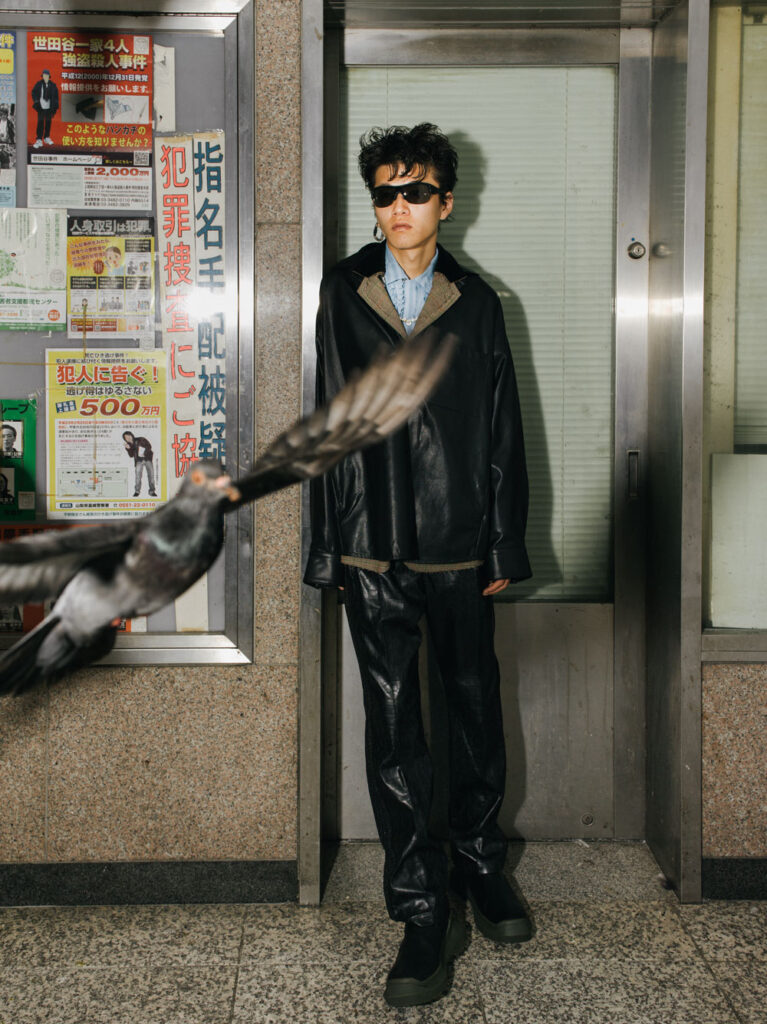 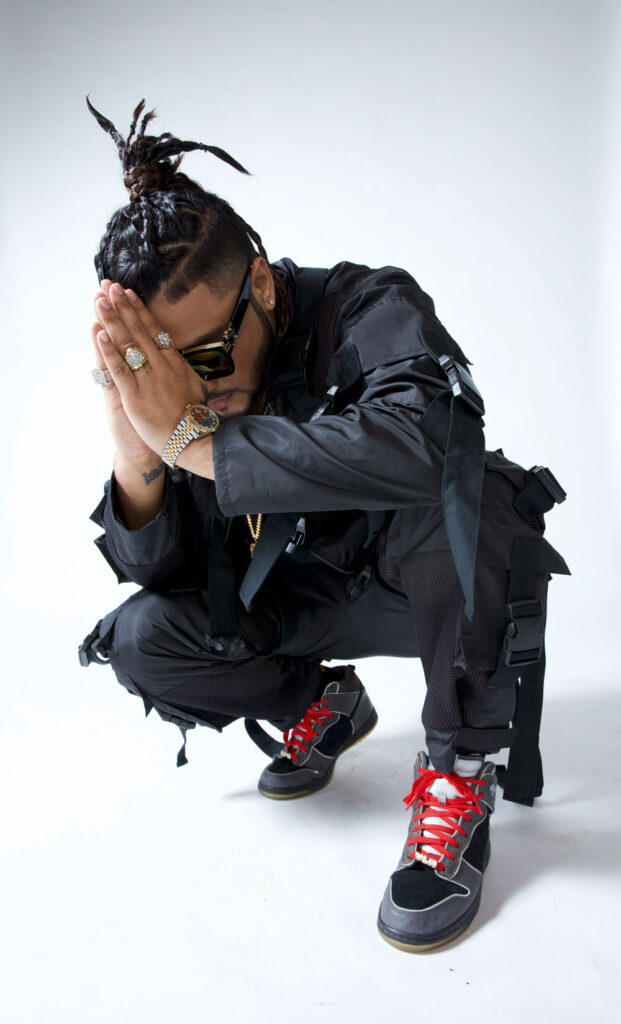 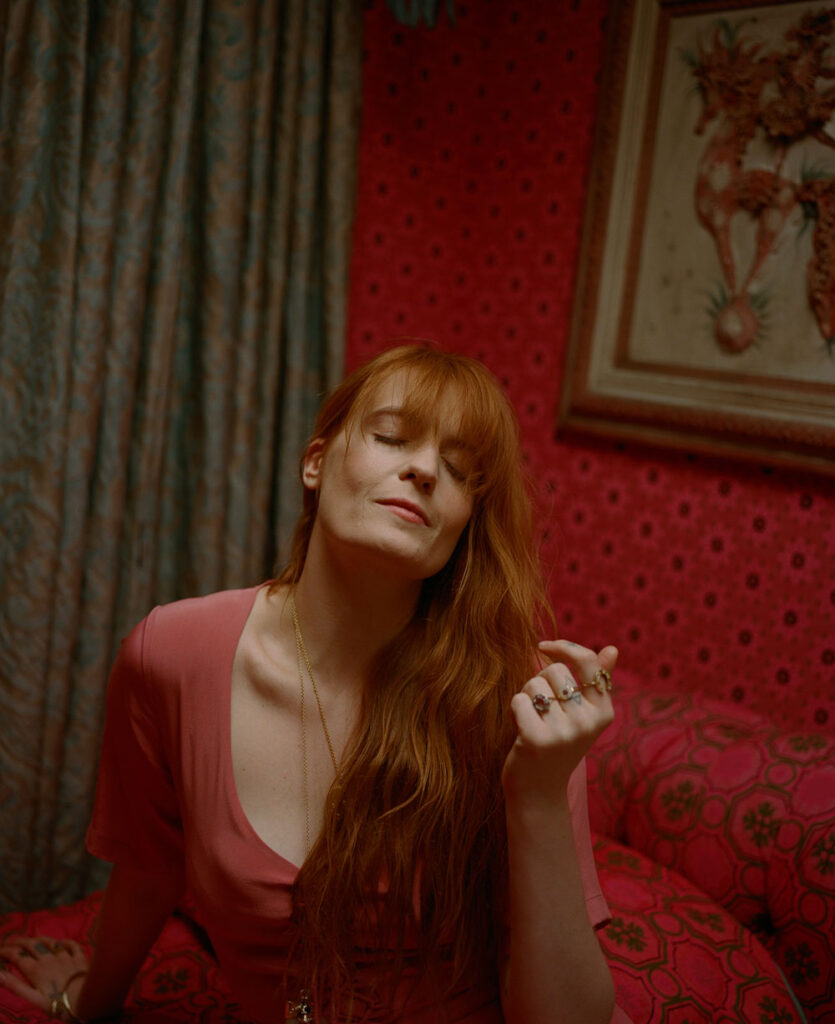